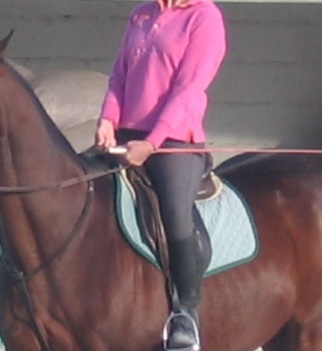 Arm stiffness comes in various forms. Some riders ride with straight elbows which automatically stiffens not only the arms but the neck and shoulders. Some keep their hands very low almost beneath the pommel of the saddle closing their chests and perching forwards. Some lean back and stretch forwards through their arms as if wanting to reach the reins.

Whatever the visual representation of stiffness I am yet to meet a rider whose actual arms were the primary issue…So let’s look at where they might come from and what we can do to un-stiffen those arms.

DENTED SELF-CONFIDENCE or RELYING ON WRONG BODY PARTS FOR BALANCE

There is nothing that gives us more confidence than a hand on something even if we are to keep it there for reassurance. Picture this: right in the middle of your living room there is a wooden panel about 2.3ft wide. The panel lies flat on the floor and goes from door to the back wall. You are asked to walk on it without a step sideways for a hefty reward. You will likely find it pretty laughable that someone thinks you can’t walk on a wooden panel 2.3ft wide and wouldn’t think twice about going for it.

Now, picture this very same panel going over a bit of a ditch… 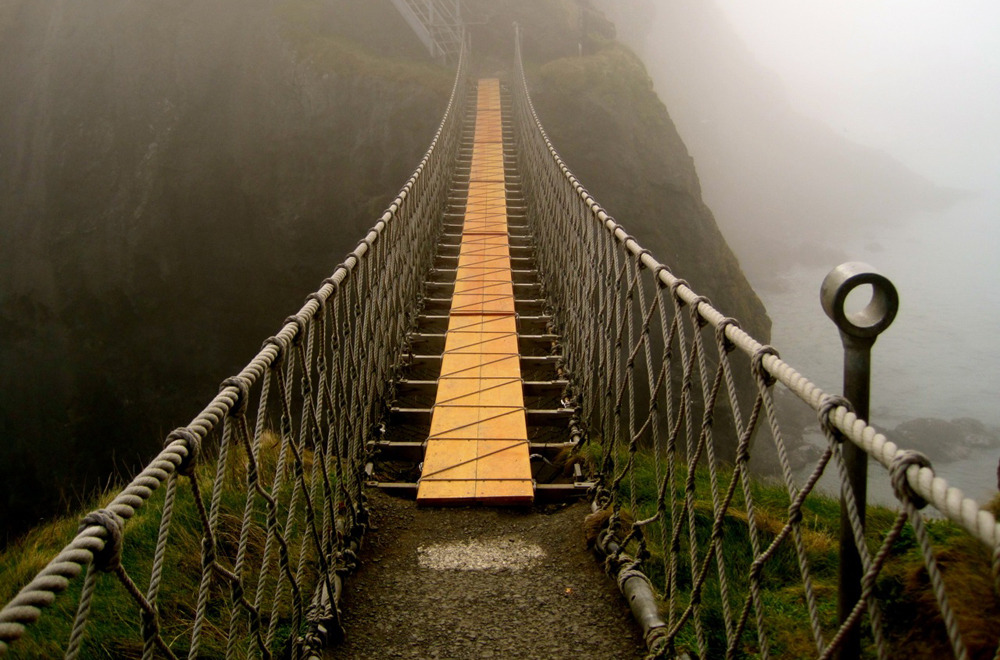 Many would still go across albeit slower and probably with some more attention to where they place their feet. Many would likely hold or just hover their hands on the ropes.

Now, picture no ropes on either side, just the wooden panel…just your body, your balance…and feel the hair at the back of your neck rise as you put your foot on the panel..

When you ride your horse that’s all you have – your body control, your confidence in it and your eyes for guidance. Rigid joints will make balance that more difficult and it will make the rider hang on to “their ropes” more and more at any sign of trouble.

Many riders become stiff armed riders because in their early education when their confidence in own balance was still low they either told themselves or were being repeatedly told to keep their hands still. They then try very hard to follow this command forever on but as they feel their bodies moving significantly when the horse moves they try to immobilise their wrists by going rigid in their arms.

If you are a rider who hears the above command a lot, first check if your elbows are bent. If they are not, then you are denying yourself a very important movement absorption mechanism. bend your elbows so they are just in front of your hip bones and then try to imagine that your hands need to be held in front of you in a box. This box is as wide as your horse’s bit and as high as it is wide. It’s lined with soft material so your hands feel warm, relaxed and cosy enough in there that they don’t want to leave much. There is just enough room inside for little movements left and right but not much up and down.

Whenever you need to use an opening rein or lift your hand a little, always return it to your little box.

TRAINING THOSE STIFF ARMS OUT OF THE RIDER

My personal belief and experience tell me that to improve rider’s arms we need to first improve rider’s confidence in own balance, centred position in the saddle and feel for movement.

There are many exercises we can employ here and I will share a few with you in case you would like to try:

You need a helper for this to hold the horse and walk with him. First at halt, slide your seat to one side as if you wanted to clumsily get off the horse. One of your legs will be travelling towards the ground, the other will be hooked over the saddle. Once you can’t go any lower, pull yourself up using your hands on the pommel and own abdominal muscles. Go shallow slide at first, then as you get braver slide lower. Do it 10 times on each side (20 in total). This exercise helps very cunningly with rider’s ability to feel centred in the saddle, makes rider less worried about being moved from the centre and switches on the muscles that stabilise the upper body on left-right panel. Additionally it tires the arms muscles which then makes the rider want to relax them. Win – Win.

You can do this in walk and trot on a suitable horse and with an experienced helper.

Many riders only feel up-down motion of the sitting trot which they tend to control by holding on with their thighs and lower leg, going rigid in their hip joints and “wavy” in their spine. This amplifies discomfort and sense of insecurity or wobbliness so the arms tend to stiffen more as an after-effect.

Riding in a mini-trot (almost walk) gives the rider the feel for the three dimensional movement of the horse’s back (up-down and left-right). They can feel how each seat bone moves with slight independence of the other and how holding through their legs kills that little motion. I like to call this “oiling” the hips because when done well (no slouching, neutral spine, relaxed neck and centred position in the saddle) it has a fantastic supplying effect  on the rider’s pelvis, especially when done after the sliding exercise. Slow motion of the mini-trot also gives the rider confidence to “let go of the ropes” and switch on the real balance keeper, their seat, their upper body.

When in mini-trot I like to ask the rider to imagine they juggle something in front of them in the rhythm of the trot. I guide them in when and how to release through their elbow joint so they can feel the movement of the horse’s back not only in the seat bone and the hip joint on one side but also in their elbow on this same side. Once they can relax each elbow in this manner we do mini-juggling: moving hands up and down on alternate sides an inch up and an inch down. Although at first counter intuitive, the exercise teaches the rider that they can only achieve stillness through motion. They are often surprised to see on the video that the hands which they thought were moving (juggling) a lot they actually look still on the footage 🙂 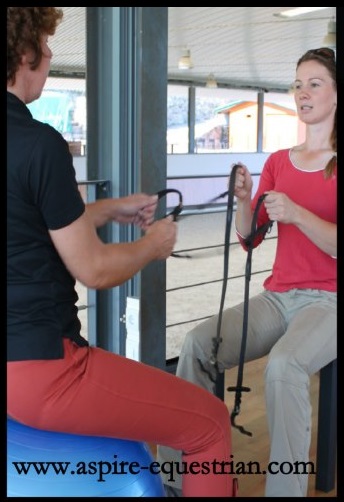 For this you will need a Pilates ball (or something unstable to sit on), pair of reins (or dog’s leads, lead ropes, thin ropes) and someone willing to play the game with you!

Perhaps the most simple exercise is for the “rider” to close their eyes and establish a connection through the reins with the helper that is neither pulling nor slack. The helper will then move their own hands in various directions by using small movements, they can imitate the motion of horse’s neck in walk and canter or be totally random.

First, helper asks “the rider” to feel for those movements with straight, stiff elbows. Very quickly it is obvious that it won’t be possible.

Then “the rider” bends elbows and locks them rigidly by their sides – the effect will be felt also.

The actual rider behaviour can now be acted out here so the rider can sit in their usual riding position and test how much feel they have. If they ride with opened fingers they can try this now too to feel how helper’s hands motion reaches them with delay…

Once the rider starts discovering where to release tension in their arms to feel the movements easily and quickly, more seat exercises can be added using Pilates ball. “Rider” can do rising trot on it and re-test the connection again. Canter movements through the hips can also be practised  and then confronted with feeling through the arms again.

Most often than not, stiff arm rider needs to supple up through their hips first, build their confidence in upper body position second and establish more secure seat overall as a third step.

This is one of my favourite exercises with novice and advanced riders. It really improves joint suppleness in the rider, feel for rhythm, improves the quality of the canter (because rider feels loses of rhythm or impulsion straight away) and makes any rider more agile. It’s impossible to do a good, balanced rising canter on every stride if you are stiff in your knees or hip joints and once these release the arms also follow pretty quickly.

If you would like me to write more on rising canter, how I teach and see it on a video let me know and I will make a post on it as I don’t want this one to become too long.

Stiff arms start with a hidden stiffness somewhere in the “main” body. If you teach try not to correct rider’s arms but switch on your eagle eyes and search for rigid spots in the seat, positional faults (like chair seat) or general nervousness.

Many a time asking a rider with stiff arms to relax them is the same as asking them to walk with courage to the other side of that wooden plank bridge without holding on to the ropes. Balance first. Then suppleness.

It’s the same with any horse. Without basic balance, suppleness never improves.

Please share your own ways of dealing with stiff arms or rigid hands. Do you battle with this issue?

If you would like to experience Aspire coaching first hand, check our current coaching offer here: www.aspireequestrianacademy.com